The most impressive place I’ve visited since arriving in Spain, large, imposing and magnificent, Cordoba’s cathedral is truly a unique cultural experience.
The foundation of San Vincente Basilica, an edifice built in the 6th century, before the invasion of Visigoths, is still there underneath, and constitutes the first known layer of the Cathedral. Destroyed during the Islamic period, a mosque was erected in its place. The Muslims proceeded to add layer upon layer of Islamic architecture to beautify and expand their holy place from 785 to the 1200s. But history is cruel, and with the rise of Christian Spain, the fall of the Muslim one began. In 1236, King Ferdinand 3rd reconquered Cordoba and proceeded with the ‘purification’ of the Mosque, which was now turned into a cathedral, but kept architecturally intact. Then, in 1525, the works on the main chapel, a church constructed within the Mosque itself, began. Catholic king Carlos I had the center of the mosque ripped out and commissioned the construction of a cathedral. But rather than rejoice, he later came to regret this major alteration to the mosque, saying “I have destroyed something that was unique in the world.” 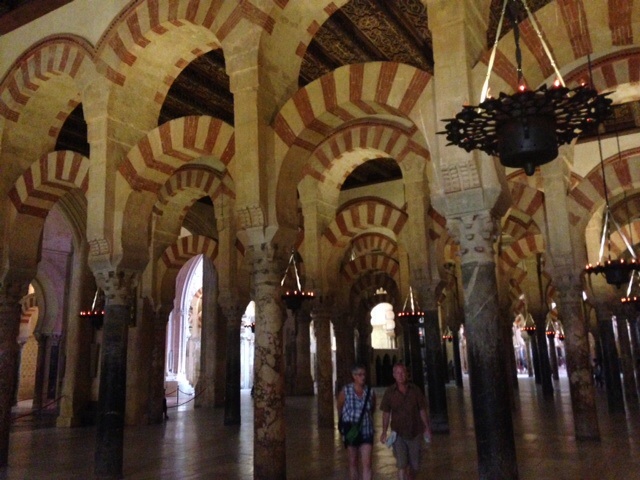 The Cathedral of Cordoba, while impressive in size, is most impressive for its layered architecture, a reflection of the tumultuous history of Cordoba. Early Christian, then Muslim, then Catholic…a mixture of styles under one roof. It speaks to the changing nature of humans and the whims of culture, as much as it speaks to the lasting impression those cultures left behind. In this Cathedral, looking at the remains of the Muslin Mihrab side by side with beautiful chapels, one is reminded that life does not last, that human egos don’t prevail, and that, in the end, God or Allah be venerated, our passage is so brief, and our quests are so ephemeral. 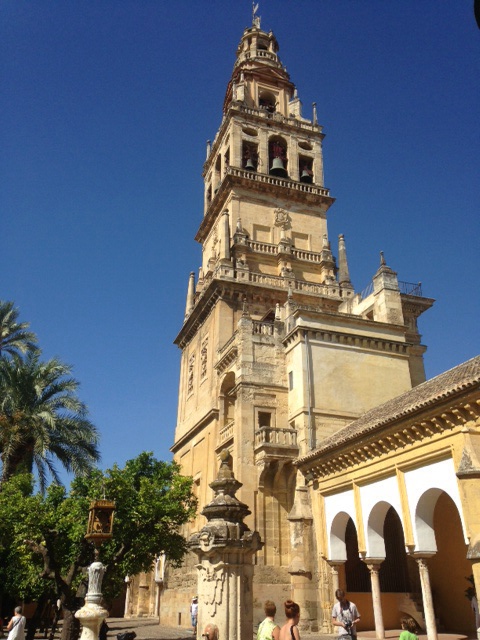 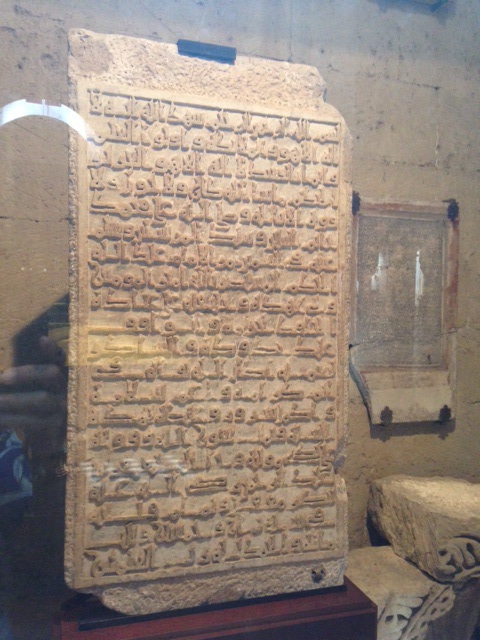